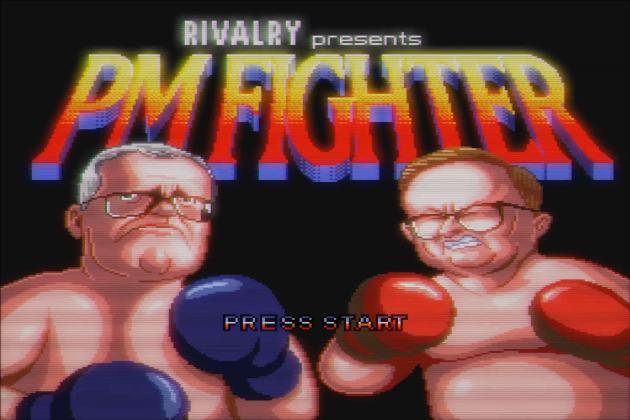 Australians keen on placing wagers on esports, like League of Legends, or more traditional sports, such as AFR or rugby, or even the outcome of the upcoming presidential election, might want to check out the new kids in town - Rivalry Corp.

Rivalry, an internationally regulated sports betting and media company, launched its online betting service across the country this week for the next generation of bettors and with it, a ribald online game - PMFighter.com - that pits prime ministerial candidates Scott Morrison (ScoMo) and Anthony Albanese (Albo) in an animated boxing match.

The two prime-ministerial candidates have been trading verbal blows since the election campaign began and now their sparring has gone virtual, giving Aussies the chance to vote with their keyboards in the game that sees ScoMo and Albo duke it out in the boxing ring until one of them is KO'd.

The 8-bit nostalgia-inspired game sees both leaders trade blows, with a yellow line recording both fighters' health until only one is left standing and victorious. Once the fun's over, players can go again or take a punt on the outcome of the election itself.

"We're stoked to bring Rivalry to customers in Australia," said Steven Salz, Co-Founder and CEO of Rivalry. "We're taking a different approach that makes esports and sports betting more entertaining and less transactional that's really resonating amongst Gen Z and Millennials around the world. We're tapping into markets on a hyper-local level in a way that's helping build brand awareness on the ground."

"An election campaign can feel a bit like a boxing match, with both sides going at it until there's only one left standing. That's why we decided to make PM Fighter and give Aussies an entertaining way to get behind their favourite politician," continued Salz. "We think it's going to be a hit and drive awareness of Rivalry with Australian bettors."

Focused on a younger demographic than traditional operators, Rivalry has built up some serious brand credibility with Gen Z players, with an average customer age of 26. Players are drawn to Rivalry's ability to deliver quality experiences that feel more like entertainment and less transactional with its originally developed products, like on-site engagement experience Quest or its original casino game Rushlane.

As well as placing wagers on a full spectrum of traditional sports such as football, boxing, basketball and more, Rivalry also lets Aussies bet on esports including: Dota 2, League of Legends, Counter-Strike: Global Offensive and many other titles.

Based in Toronto, Canada, Rivalry operates a global team in more than 20 countries. It has held an Isle of Man License, considered one of the premier online gambling jurisdictions, since 2018. It also holds an internet gaming registration in Ontario, Canada's largest gambling market. Its Australian go-live is its second major launch this year.

The company's growth strategy seems to be paying off; it recently announced record fourth quarter and year end results for 2021 with its betting handle up 202% year over year to CDN$78.2 million, and revenue up 617% to CDN$11.1 million.