Government greed is ruining our economy 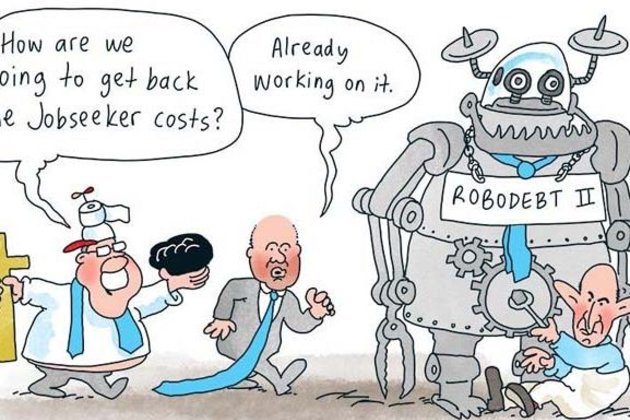 Neoliberalism and poor government management over the years have been detrimental to a flourishing economy, writes Kyle Mervin.

BACK IN THE 1930s, a bloke called John Maynard Keynes came up with an economic theory called the "paradox of thrift". Now I'm paraphrasing a bit here, but the theory postulates that the drive to accumulate savings and acquire wealth within an economy can lead paradoxically to a reduction in the overall savings and wealth of the economy.

Over time, the reduction in consumption impacts the economy to such an extent that the capacity to save is reduced and even though a greater proportion of income is saved, the income reduction is such that the overall amount of savings is less, hence the paradox.

On a country-wide scale, the concept is applicable to government savings. It's why austerity doesn't work.

All capitalism 'can do' is destroy our planet

Scott Morrison's new slogan is hypocritically telling us that our planet's saviour from the climate crisis is the very thing destroying it.

An even greater paradox is that if there were a thief who somehow managed to raid the collective savings of a country to fund a spending spree, the economy and all of the businesses therein would derive an economic benefit. The paradox of theft.

On a country-wide scale, a less flamboyant author might call it the paradox of spending. It's why the original JobKeeper and JobSeeker schemes kept Australia afloat during the first lockdown.

The stripping back of the JobKeeper and JobSeeker schemes for the most recent outbreak is a large part of the recent poor performance of the economy. It has undermined business confidence, but even more significantly it has undermined consumer confidence and, most significantly, it has impacted the spending power of the beneficiaries.

So why doesn't the Government just restore the original schemes?

The answer is two-fold. Firstly, no one wants to burden future generations with debt and there is no question the original scheme was expensive. Secondly, it has impacted on employment, or more specifically the capacity for businesses to attract employees.

It's hard to convince people to spend a third of their waking lives working to make someone else rich, if not doing it is comfortable. It has been a long-standing and unstated viewpoint, particularly within conservative circles - although I expect they'll deny it - that unemployment must be severe enough to make employment of any kind a better option.

It's hard to motivate people with a wages carrot that looks a lot like the welfare stick and if the carrot can't be sweetened with higher wages due to market forces, then it all comes down to the stick.

The great resignation is proof. It is upon us, and while the C-word that you can use around your children may well be a triggering event, the underlying issues responsible for it, pre-date it. If these issues are not addressed, they could undermine economic recovery for decades.

Unless of course, there's a war.

How we are trying to buy an identity in capitalist economies

Trade deals are not really about trade.

Long before the pandemic wreaked havoc on our shores, wage stagnation was repeatedly blamed for our economy's inability to bounce back after the Global Financial Crisis (GFC), leading to calls from the Reserve Bank Governor for wage growth. Recall that interest rates have been dramatically reduced in most of the developed world since the GFC as a stimulus, but that cupboard is bare and economic growth over the last decade has been anaemic at best.

Unperturbed successive L-NP governments have failed to encourage wage growth and as evidenced by the past Minister for Finance, Mathias Cormann's nomination of wage restraint as an economic success of his stewardship, they do not believe in wage growth as an economic stimulator. And given the necessity to compete with other economies in the open markets of the world, their position is distasteful, but understandable.

It is hard to compete if you have to pay Australian wages to your workforce, when your international competitors don't. A more expensive workforce is a clear disadvantage to our businesses and is largely responsible for the near terminal decline of the manufacturing sector in Australia and the incredible growth in places like China.

Burdening future generations with the debt acquired to ride out the various economic storms is not something we should enter into lightly, but as I said, there are paradoxes at play and fiscal stimulus works. But is it necessary to incur debt to fund fiscal stimulus?

Quantitative easing, as it has been termed, is an alternative. A process whereby the government of a country with a sovereign currency issues bonds that are purchased by the reserve bank of that country, as opposed to selling them on international markets. The government then goes on to use that money to fund its various programmes, but as the country owns the bank there is no need to repay it. A form of deficit without debt.

This approach to financing government spending is often derided as the government printing money, prompting fears of people lining up with wheelbarrows full of cash to buy a loaf of bread. But the truth is an economy doesn't care where the money that feeds it comes from. Limiting deficits based on inflationary targets by definition will prevent hyperinflation irrespective of the source.

Quantitative easing should be embraced, not feared. Deficit without debt.

COVID-19 pandemic has drawn attention to the 'billionaire class'

The worthiness of the world's billionaires has been tested by recent crises including responses to the coronavirus pandemic.

Unrestricted and unregulated markets have significant impacts on the rest of us, so I find the deference to the market often lauded by conservatives as a preferred style of minimalist government, irresponsible and undemocratic. Democracy is by the people for the people, not by the market for the market.

It is a fact that wealth is created and I'd prefer the people responsible were the people we elect to government. But I digress.

There are a few economic ramifications of the open market model that bare scrutiny.

There are few clearer examples of how failing to value the population as consumers can lead to the detriment of a community than the Australian supermarket sector. Granted, the big supermarket chains seem to regard ASIC sanctions over unconscionable conduct as the cost of business, but at least their business model provides a foot in the door for employment and a revenue stream for mum and dad investors.

Aldi, on the other hand, not so much. We all love the lower prices, high speed checkouts and dirt-cheap ski wear, but good luck finding jobs for your kids. The benefits to the local communities of cheaper grocery bills are offset by the loss of employment opportunities. The fewer the employment opportunities, the fewer the consumers within the community and a new spiral begins.

What's good for Aldi isn't necessarily all that good for the community.

In the later part of last century, corporate mergers and acquisitions changed the landscape in a number of markets and economies and reaped substantial windfalls for stakeholders, and adverse consequences for almost everyone else.

Worse still, the financial incentives created by corporate downsizing in the short to medium term create a competitive advantage over the other players in the market, who are now forced to compete or lose market share. The most effective form of competition in the market is price reduction.

Politics and the pandemic: COVID-19 could cause an outbreak of socialism

Does dealing with the pandemic mean it's too soon to talk about the future? The ever-optimistic Dr Martin Hirst doesn't think so.

In the absence of expanding markets, lower prices are bad. You heard it here first.

Open markets and market forces are not a solid basis for economic stability. Competition has losers as well as winners by its very nature and no one likes losing.

Spoilers: Cryptocurrencies shed light on the true nature of money, MMT (close but no cigar) and a new model for the new age of sustainable. 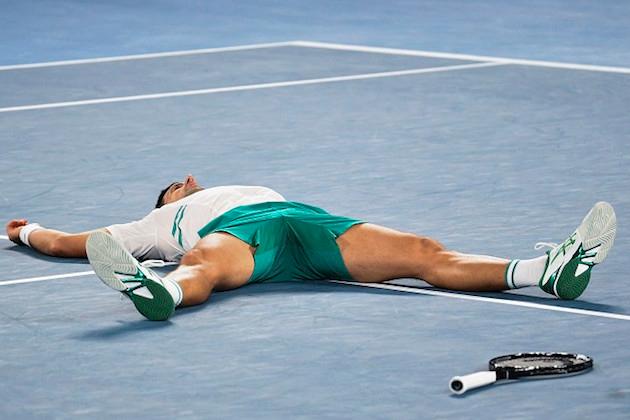 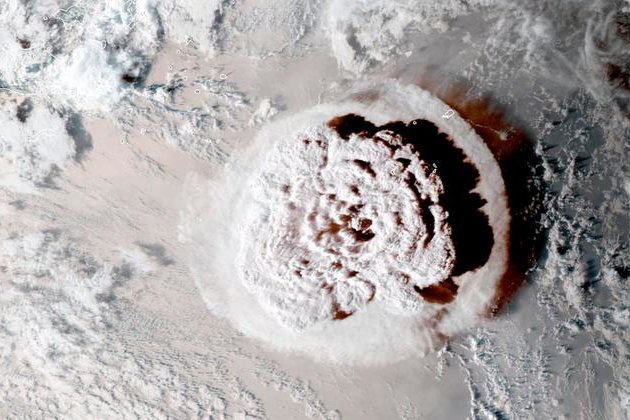 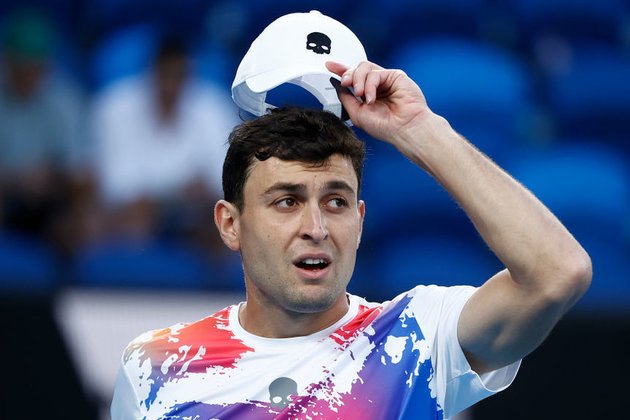 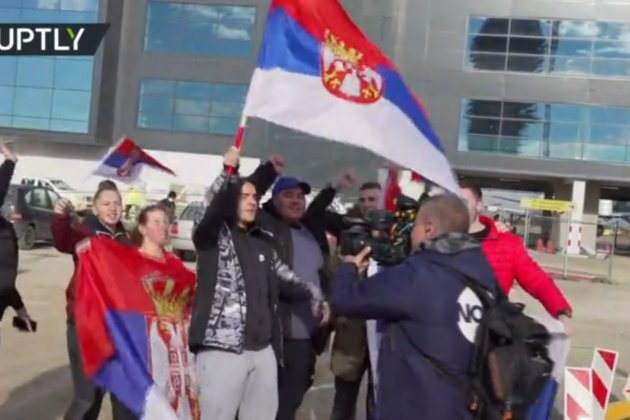