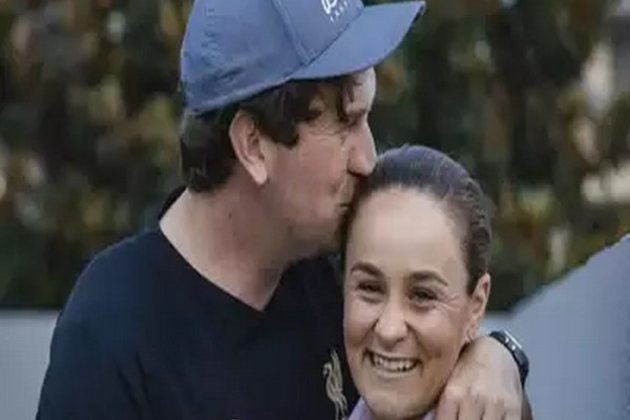 The two-time singles major champion took to her social media and posted a picture with Garry and captioned it, "Future Husband."On the professional front, Barty has been named world number one for the third time in a row, even after opting out of the WTA Finals in Guadalajara, Mexico, last month to focus on Australia Open preparations.

The Aussie last competed at the US Open in September before returning home to Australia.

Barty's tour-leading five singles titles included her second Grand Slam victory at Wimbledon, where she was the first Australian woman to triumph since her friend and mentor Evonne Goolagong Cawley claimed the 1981 ladies' title. (ANI)