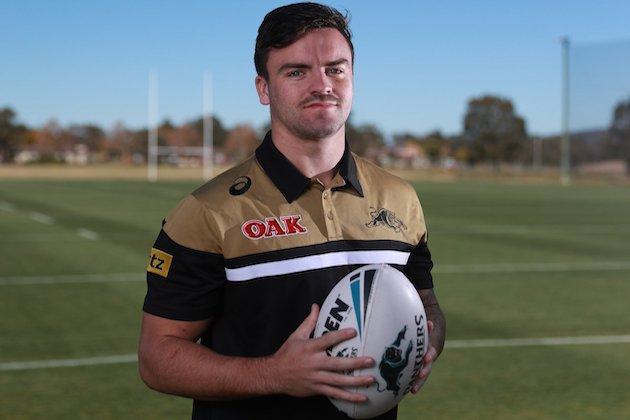 Wayde was born in Lithgow and educated at Lithgow High School. He played his junior football with the Lithgow Storm before being recruited for the Panthers SG Ball squad in 2015.

Wayde, who turned 22 this year, graduated to the Panthers NYC side in 2016 and was a major part in advancing the team to the Grand Final.

By 2017 he was co-captain of the NYC, notching up 16 tries and fourteen try assists in a memorable year which included a record four tries against the New Zealand Warriors in Round 21.

With 29 NRL starts under his belt, since making his debut last year, the promising young hooker has been signed by the Warriors until the end of 2022. He had been in talks with them for a little over a month after the Panthers signed Api Koroisau from Manly.

"As a club we would have liked Wayde to see out his contract however we also understand the opportunity presented by the Warriors was a difficult one for Wayde to turn down at this point in his career,'' Panthers general manager of football Matt Cameron said Wednesday.

"He's a high-quality hooker who had an outstanding NYC career and has really impressed since coming into first grade," Warriors general manager of football Brian Smith said Wednesday.

"His enthusiasm and skills at dummy half have attracted the attention of our recruitment and coaching staff and we know he'll make a significant impact with us."

One of Wayde's most prominent advocates is league legend Andrew 'Joey' Johns.

"I hate to say it, but he reminds me of Cameron Smith when he first started," Johns said this time last year.

"He hasn't got the bulging muscles but he's very efficient in the way he plays."

"Every time I look at him when he's at dummy-half, he's always watching the tight defenders and markers," said Johns.

"He's always watching the defence and he lets them make his decision for him."