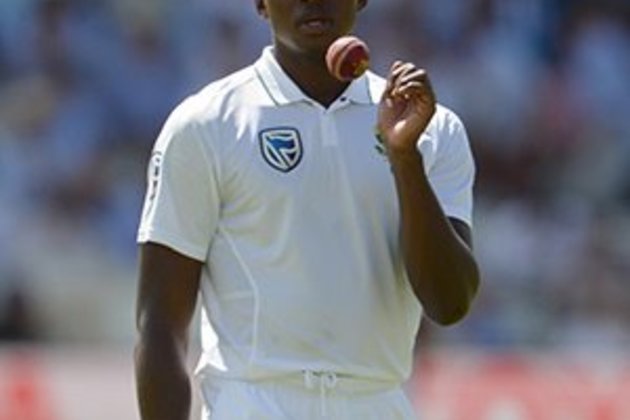 Cape Town - The first session of day two in the second Test on Friday, which will begin with Indian captain and maestro stroke-player Virat Kohli still at the crease in Pune, could well determine whether South Africa remain alive for suitably longer in the series.

Already 1-0 down in the three-game bilateral tussle after Visakhapatnam, the Proteas desperately need a succession of strikes -- with a still shiny new ball - in the couple of hours before lunch if the host nation are to be kept to a suitably moderate (at least in an Indian-landscape context) first-knock total after winning yet another favourable toss.

Faf du Plessis and company were restricted to a slightly deflating one wicket per session on Thursday's first day as India, powered by a second century in as many Tests from opener Mayank Agarwal, caressed their way to 273 for three before bad light forced a slightly early close.

It raised the uncomfortable possibility of India going well north of 450 again - their first innings had produced 502 for seven declared in the first encounter - and, in that event, making it extremely hard to envisage the Proteas manufacturing a levelling victory from that backs-to-wall situation.

So it was another difficult day on the unforgiving Subcontinent for the confidence-shy South Africans, not especially helped by heavyweight commentators and former national captains Graeme Smith and Shaun Pollock both either saying or implying at various times during play that they appeared too willing to play "hang in there" cricket, if you like.

Smith said he believed Du Plessis's charges were "more focussed on keeping the run rate down than getting people out ... they are behind the game again and should be thinking more about getting into the series ... there is a lack of clarity in belief and ideas".

As the shadows lengthened on the first day and a pleasingly resurgent Kagiso Rabada bent his back repeatedly with the new ball, meanwhile, Pollock lamented the Proteas not employing a third slip for the spearhead and being too defensively spread, in general terms, in the field.

If there was merit to the past captains' arguments, much of it can be allayed on the second morning if South Africa come out with bristling body language and a positive spirit and pick up scalps fairly quickly.

Especially if they can knock over the prize figure of Kohli (63 not out) without much further addition, they could yet be back in business, because India opted for a relatively lean specialist batting line-up for this encounter.

In favour of a three-man pace arsenal and two frontline spinners, they will have wicketkeeper Wriddhiman Saha taking guard next, at No 6 - his Test average is just over 30, and only 14.80 against the Proteas -- and then into spin whizz Ravichandran Ashwin and the tail.

Although an ominous development for when South Africa take to the crease with their skittish line-up, the surface was already beginning to dust up and turn a bit -- and may also still offer something further to the three-pronged pace attack of Rabada, Vernon Philander and rookie Anrich Nortje.

The nippy-paced last-named player took a bit of stick on the first day of his demanding debut, being guilty of over-pitching when his shorter fare - strangely employed only modestly - was clearly bothersome, so serving up some chin music on Friday could serve him and the broader cause productively.

But Rabada cut a more thrust-laden figure than he has for some months: as Hashim Amla noted in the SuperSport studio "he got the ball to talk ... a big positive for us".

Having bagged all of the wickets to fall on Thursday, he is nicely within sight of a 10th five-wicket haul in Test matches, and first since his 6/54 (and 11 strikes in the match) against Australia in their second knock at Port Elizabeth in March 2018.

Another one-wicket session for SA, at best, on Friday morning, however, and there is still plentiful potential for this one to get away from their grasp at a brutal rate of knots ...