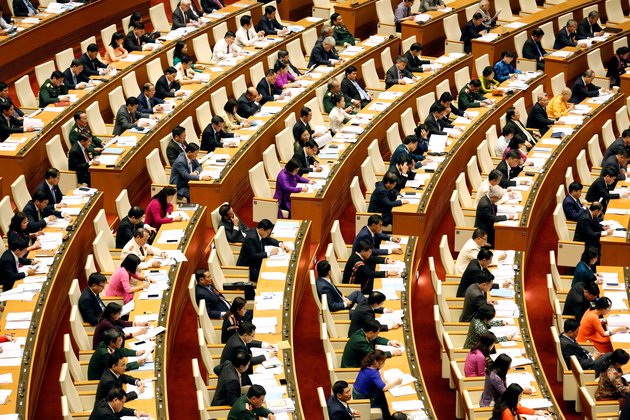 HO CHI MINH CITY - Possible changes to Vietnam's Labor Code, due to be debated in coming weeks by the country's legislature, are expected to strengthen worker rights in key ways.

This month the Quoc Hoi, or National Assembly, the country's parliament, will gather for the second session of the year, and one item on the agenda will be a proposed revision of the code. The revision would include granting workers the right to form their own unions. The revision also includes changes to protect workers, such as rules to prevent companies from abusing temporary contracts to avoid employer obligations, as well as changes that would weaken protections, such as requiring people to continue working longer before they retire.

While the package is almost certain to pass, members of the parliament are expected to have substantive debate on the pros and cons before voting.

One of the most dramatic changes would be to labor organizing. Vietnam already has one union overseen by the state to cover the whole country. The new law would mean that more unions can be formed.

"I am pleased to see the major steps Vietnam has taken to meet the challenges of rapidly changing labor markets as well as to fulfill its international commitments," Chang-Hee Lee, the Hanoi-based Vietnam International Labor Organization country director in Hanoi, said in a press release.

One factor motivating the move to allow more labor unions is Vietnam's trade agreement with the European Union. The pact requires the Southeast Asian nation to increase worker protections, including through more union representation. The agreement was signed in June but its effective date will not be known until it receives legislative approval.

Human Rights Watch, however, said that the agreement does not go far enough and that the EU should press Vietnam not just on labor rights but also on human rights more broadly.

"The EU should remind Vietnam that it expects meaningful human rights improvements in order for their bilateral political and economic relations to move forward," Phil Robertson, the deputy Asia director at Human Rights Watch, based in Bangkok, said in a statement.

He added, "Human rights should be an integral part of [all] discussions and negotiations between the EU, its member states and Vietnam."

Vietnam has some labor rights protections that are stronger than those in developed countries such as the United States. These include guaranteed paid maternity leave and limits on when a company can terminate or punish a worker.

Some of these limits would be removed in the revision to the Labor Code. The code would allow a company to punish a worker for reasons that are not included in the company's internal labor regulations, in contrast to the current law that requires the reasons to be included in the regulations. The revision would also force people to work longer before they can collect their retirement benefits. For women the retirement age would rise to 60 from 55, and for men to 62 from 60.