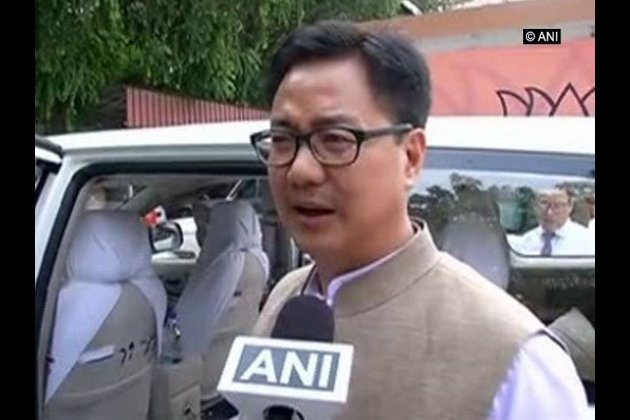 New Delhi [India], Oct 10 (ANI): Kiren Rijiju, the Union Minister of Youth Affairs and Sports, on Thursday called for creating a sports culture in the country and also asked the private sector to play an active role in promoting fitness.

"Sporting culture has to become a way of life. India is aspiring to be a global leader, and we are already doing well economically, politically, and spiritually. India's rise will be complete and further consolidated if we become sports power. Now the time has come to change. Desired results cannot be achieved without developing a positive and conducive sports culture," Rijiju said at the inaugural Sports Summit.

"Changes are taking place. These cannot be achieved overnight. Sportspersons have started getting livelihood, recognition and respect because of their achievements. We have to change our outlook. Regressive slogans can't encourage people to accept sports as a way of life. Cricket has become very popular in the country and it is being played in every nook and corner of the country," Rijiju said.

"The government has a catalyst role only, which it is doing to its best. The sports ministry is doing needful to provide world-class facilities to the athletes," he added.

Forty-seven-year-old Rijiju also lauded Prime Minister Narendra Modi and the Fit India Movement. He said that the movement has recieved amazing reception from the people and it will go from strength to strength.

"The PM recently launched the Fit India Movement, and it has become a people's movement. Recently, on the 150th anniversary of Gandhi Jayanti, there was unprecedented participation of people in plogging, who ran and collected the plastic garbage on the way. The world community is looking forward to India, and the government, as well as the industry, has to play a pro-active role in it. We have to take fitness programme forward to all the parts of the country," Rijiju said.

Rijiju also opined that private sector companies can help the sportpersons in the country as they have world class facilities and it can come to the advantage of the budding athletes.

"Some of the private sector companies have world-class sports facilities in their area and are also promoting and harnessing the talent at remote areas. Good ideas for sports promotion can come for anyone, and the government is willing to accept and implement them. Why should the country be settling for a few medals in international events, why cannot India aspire to be among the top medal winners in Olympics, 4 to 8 years down the line," Rijiju said. (ANI)