Fognini says Murray just like him 'because he complains' 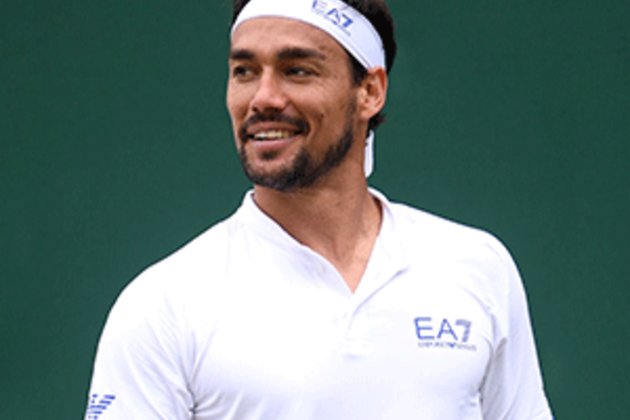 Shanghai - Fabio Fognini said on Thursday that Andy Murray and himself are alike because they both like to complain, after their match at the Shanghai Masters descended into acrimony.

Bad blood boiled on Tuesday when the Italian defeated the Briton in three bitter sets, during which Murray told Fognini to "shut up".

Afterwards, the former number one accused 12th-ranked Fognini of shouting while he played a critical point.

The 32-year-old Fognini attempted to play down the row.

"What do I have to say? I have to say something?" Fognini replied, asked by AFP what he made of Murray's accusations.

"I don't have to defend myself. The past is the past, I have known him since we are 14.

Pushed if he was aggrieved to have been told to "shut up" by a fuming Murray, Fognini said: "I don't (wasn't) upset, I'm not.

"He has his character, I have mine, and that's it."

"Peace? I told you, we know each other really well," said Fognini.

"Inside the court we are almost the same because most of the time I'm complaining and he's complaining.

Reports suggested that Fognini and Murray, who clashed at the net towards the end of their tetchy match, followed the row on afterwards.

"We talked normally," said the Italian.

Fognini put on another colourful display to reach the Shanghai quarter-finals.

The Italian had several prickly exchanges with the chair umpire and the crowd in a 6-3, 7-5 victory over Khachanov.

Fognini collapsed in fits of laughter at the net after one umpiring decision and then had an animated exchange with the official in Italian.

He next plays Russia's Daniil Medvedev, the in-form world number four and US Open finalist.

"I think it's the worst player that I can play at the moment because he changed completely in the summer," Fognini said.

"Of course he was great also before, but he made unbelievable changes during the US swing and he's dangerous, he's really dangerous."