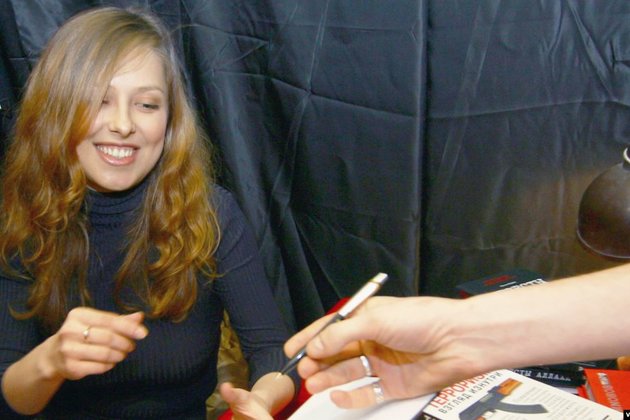 After a week of holding her for unknown reasons, Iran has released Russian journalist Yulia Yuzik and she is on a flight to Moscow, the Russian Embassy in Tehran has said in a statement cited by Russian media.

'As a result of joint efforts by the Russian Foreign Ministry and the Russian Embassy in Tehran, the Iranian side resolved to release Russian citizen Yulia Yuzik,' the statement reads. 'She flew to Moscow from Tehran on board an Aeroflot flight early on October 10.'

The investigative journalist was arrested at a hotel in Tehran on October 2.

She had failed to inform the Russian Embassy that her passport had been seized upon arrival at the Tehran Airport on September 29.

The purpose of her visit was unknown, and the reason of her arrest remains unclear.

Her former husband, journalist Boris Voytsekhovsky, said on social media that she was being accused of cooperating with Israeli security services, for which she could've received a maximum 10-year prison sentence.

Previously, the 38-year-old Yuzik had worked for the Rostov bureau of the Komsomolskaya pravda newspaper and the Russian edition of Newsweek magazine.

She embarked on a writing career in 2003 while engaging in investigative journalism projects.

Based on reporting by RIA Novosti, TASS, and the BBC